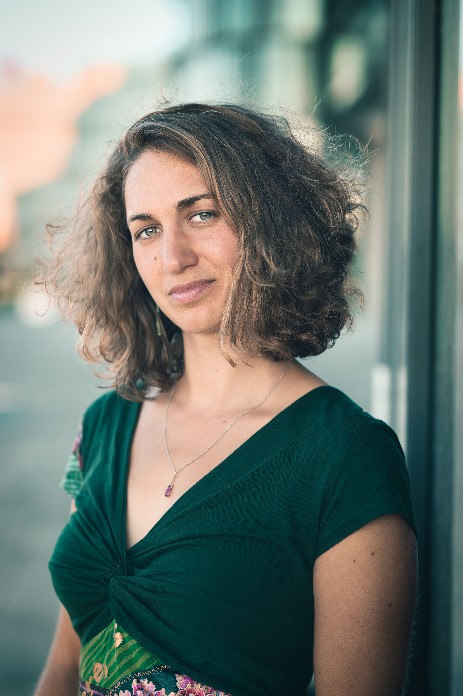 The mezzosoprano Lydia Krueger grew up in Rheinbach, a village near Bonn, Germany. Since her youth she performed in many concerts in and outside of Germany. One highlight has been her performance with the Norddeutsche Philharmonie and her debut at the Mecklenburg festival.
Her passion lies in singing German Lied, especially music of composers that lived in the 19th century and jewish composers that lived during the second world war, composers that were banned, punished or went to exil. In 2016 she was one of the prizewinners of the competition for banned music Schwerin. Recordings with the OFS (Austia) also have been created during that time. From 2015-2019 Lydia participated in the scholarship-program from Yehudi Menuhin „Live Music Now“ which organises concerts in places where people usually dont have the oportunity to listen to a concert, like hospitals, hopizes, disabled facilities, prisons and other places.
After graduating from the Hochschule for Music and Theatre Cologne, she completed her Masters at the Hochschule for Music and Theater Rostock. Further Inspiration she received from Thomas Quasthoff, Siegfried Jerusalem, Alexander Fleischner, Charlotte Lehmann, Bernhard Landauer, Kristina Laki, Peter Sefcik and Judith Lindenbaum.
Since 2020 she works as a lecturer at the academy for acting „Otto Falkenberg“ Munich and performs in many solo concerts.
Start | Vita | Media | Termine | Rezensionen | Kontakt | Generelle Seitenstruktur
© Lydia Krüger
Zurück zum Seiteninhalt | Zurück zum Hauptmenü